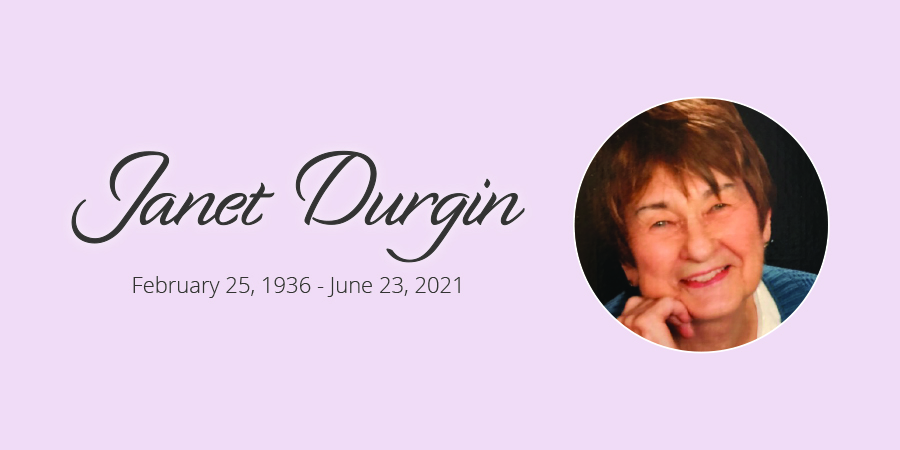 I would like to take this opportunity to remember the woman who had the vision and the drive to develop the hospice program in Aroostook County, Janet Durgin. I interviewed Janet a few years ago, and I would like to share her story with you.

Janet grew up in the Baltimore suburbs as an only child. During her sophomore year of high school, her father insisted she attend a private girl's school to prepare her for college. Her father's concern was she was spending too much time socializing in public school and that it had become a social event. Janet did not agree, but lost that battle and found herself enrolled at the Bryn Mawr School for girls. NO BOYS, ugly cotton uniform with white socks and saddle shoes. Gym class and sports were required-what a drag and a ruination of fun social life.

It took one trip to the headmistress's office to realize this would be three years of very hard work to even graduate with passing grades. In addition, she was in class with girls who had years of German, Latin, French and Greek languages as well as advanced core curriculum behind them. They were also competent in sports and played lacrosse, soccer, and basketball as fierce competitors.

By some miracle and a lot of hard work, Janet did graduate with passing grades. As time went on, Janet became aware and appreciative of her father's decision to send her to Bryn Mawr. She also became aware of how much her school experiences shaped her life and her decisions. She realized that she had become a life-long learner, even completing her master's degree in nursing at age 67, and was a nationally certified nurse executive and licensed social worker.

There was one social opportunity available at Bryn Mawr, and that was an invitation to attend afternoon tea dances at the United States Naval Academy. Finally, a chance to meet boys and midshipmen at those events. She later married an Academy graduate, and they had three amazing children, although she could have told you some stories about them being a little less than amazing at times. The family moved often and lived in many different states. Even though it enriched her knowledge of different cultures, and she gained wisdom in life experiences, it took a toll on her marriage. After 20 years, she became a single mom with three children to care for.

It was in her 30s that she entered nursing school while working as a volunteer EMT at the local fire department in Dayton, Ohio. She went on to complete the newly developed paramedic education and national certification courses and testing in Ohio, making her class some of the first nationally certified paramedics.

Upon graduation from nursing school, her father gave her a nurse figurine that played "A Spoonful of Sugar Make the Medicine Go Down," which inspired her to start her collection of nurses. Over the years, the collection has grown and includes some interesting old medical items and books.

She worked at A.R. Gould in the emergency department, then at ACAP Family Planning Clinic as clinical coordinator, developing a much-needed sexually transmitted disease clinic. She turned down an opportunity to attend NP school and decided to complete her bachelor's degree in nursing at the University of Southern Maine. When Janet moved to Portland, she never expected to end up back in the "County," but as fate would have it, Ed was offered a job back here after she completed graduate school.

At that time, Aroostook Home Care Agency was interviewing for the clinical director's position. They were looking for a master's prepared nurse but decided to take a chance on Janet. When she was hired, there was only the acute care program. Janet developed and obtained licensing for the long-term care program, wrote grants, and developed many programs, including a cardiac post-op visit program, a hypertension-cholesterol screening, and education program, and a maternal-child health program in conjunction with public health nursing and, of course, the hospice program.
In the early 80s, Janet had been reading about hospice and the philosophy of care. It really caught her attention and planted a seed in her heart and mind that this was a way of care that should be made available to the people of Aroostook County.

She then began promoting this idea with co-workers, doctors, clergy, and community members. Soon meetings were being held, and the thought became a plan. A volunteer program began developing and growing until the program became Medicare certified in 1991.

It took several years of dedication and countless volunteer hours, but we are all here today because of the work and grit that one woman had to make it a reality. Hospice of Aroostook blossomed into an organization because of that seed that was planted in her mind. The program has now become part of Northern Light Home Care & Hospice and now also includes the first hospice house in Aroostook County.

It is my hope that the hospice philosophy and program will continue to evolve and grow and that each of us that represent hospice, will proudly carry on with Janet's legacy. 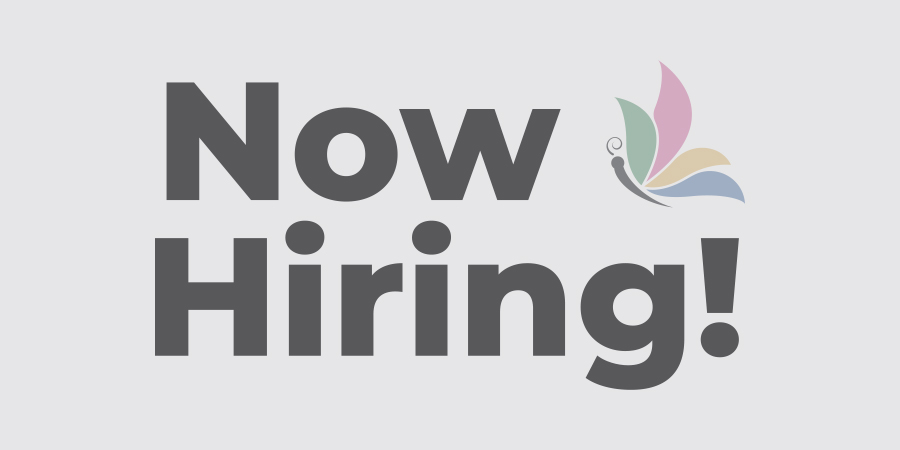 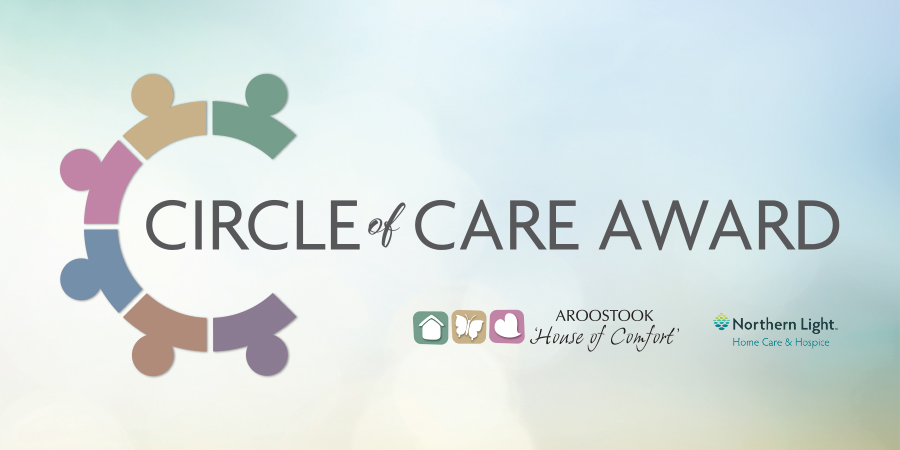 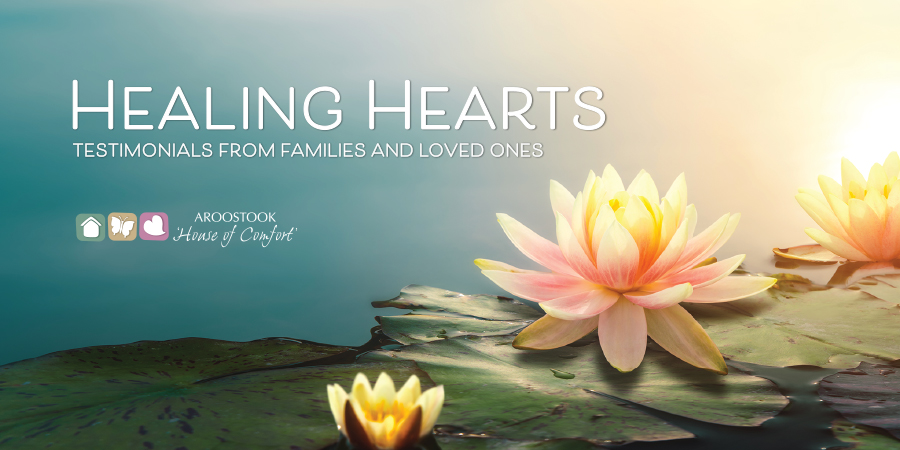 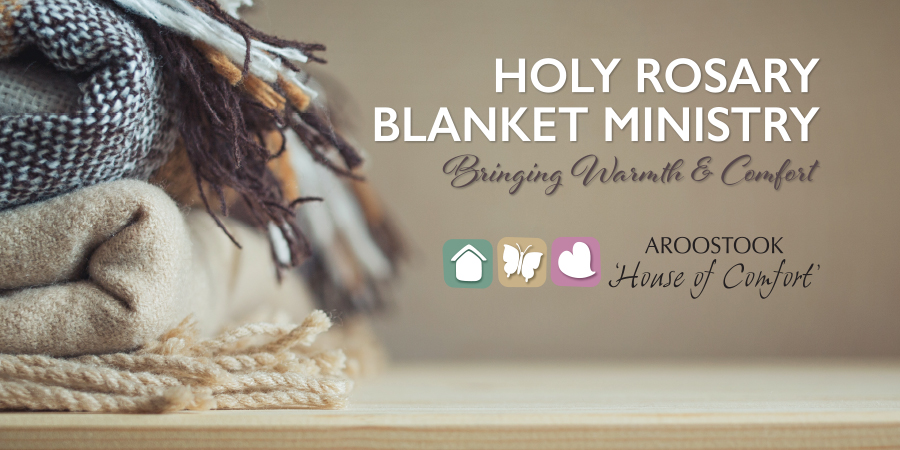 Bringing Warmth & Comfort to the House